How to Get Better at Zombies in Black Ops 2

Zombies is a game mode exclusively to the Black Ops series. This is one of the most popular played game mode in Black Ops 2, and this is how to get better at it. 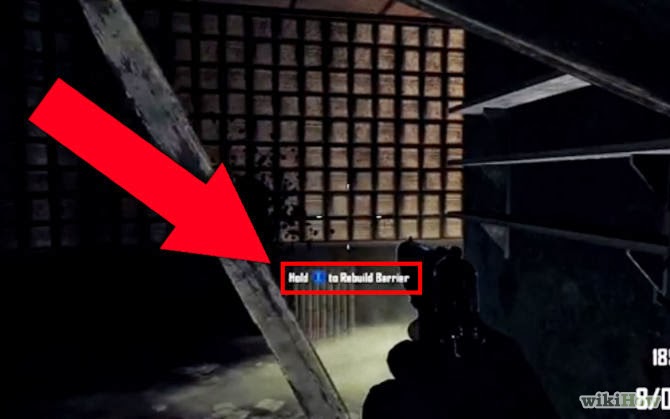 Always repair barriers. It may seem like wasting time in higher levels, but if you repair the barriers then that means less zombies that are swarming you at a time, plus they give you ten extra points for every one you repair. 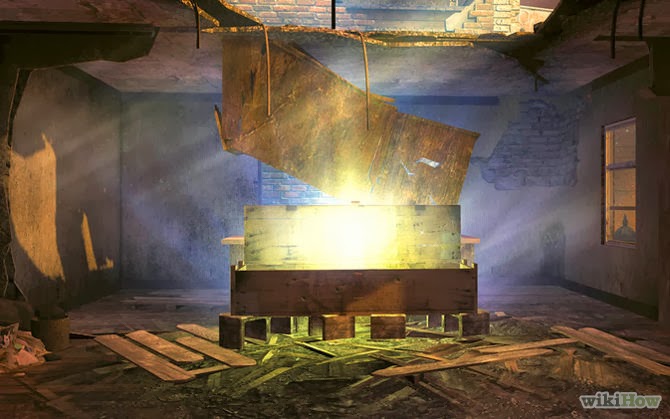 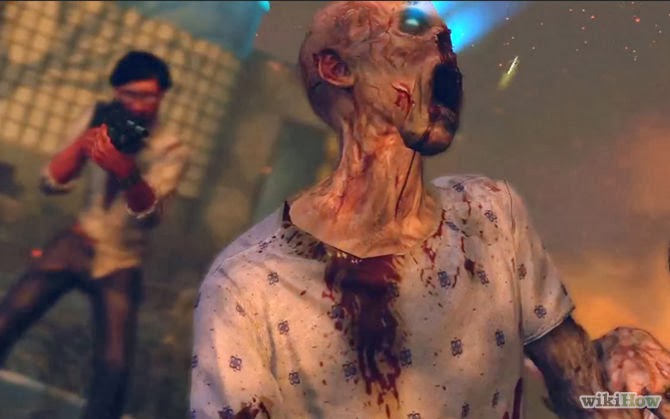 Aim for their heads. Headshots are the most efficient way to kill zombies. If you go for gut shots, you are going to waste a lot more ammo then you would if you tried to shoot them in the head. 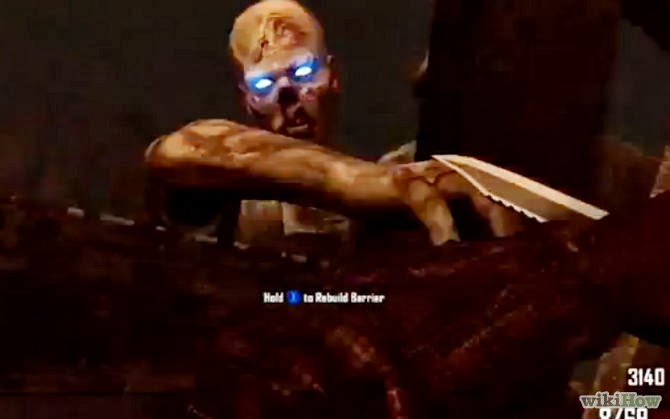 Don't knife. Unless you are just starting out, knifing is too unreliable and most of the time that is how you are going to die, however if you are low on ammo or points you can get a zombie down to low health and knife for more points. 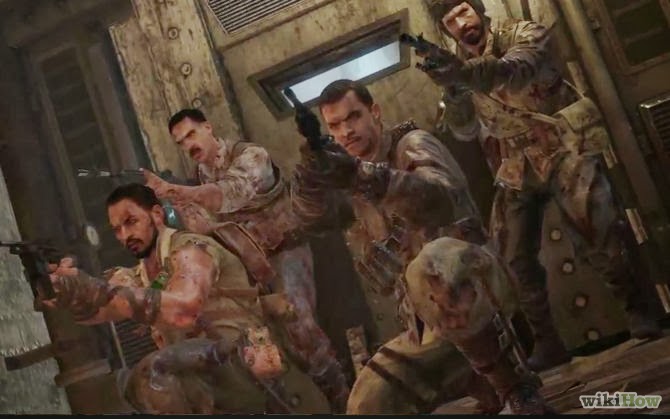 Try playing with other people. Fighting off hordes is a lot easier when you are doing it with four people. Not to mention they can revive you if you go down. 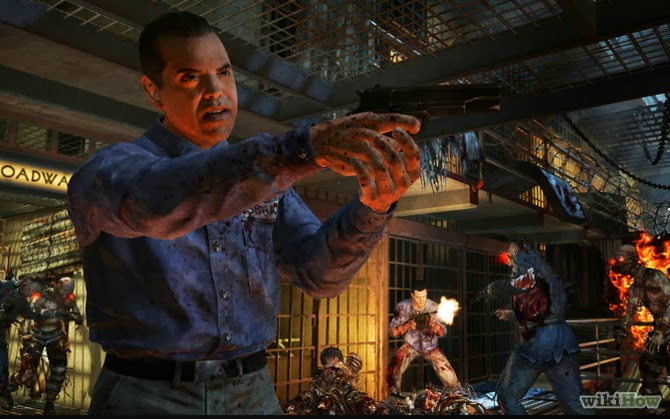 Find bottlenecks. These are especially useful in the higher levels or if you have a Light or Sub Machine Gun. You can easily kill off dozens of them in a tight space if you are getting low on health. 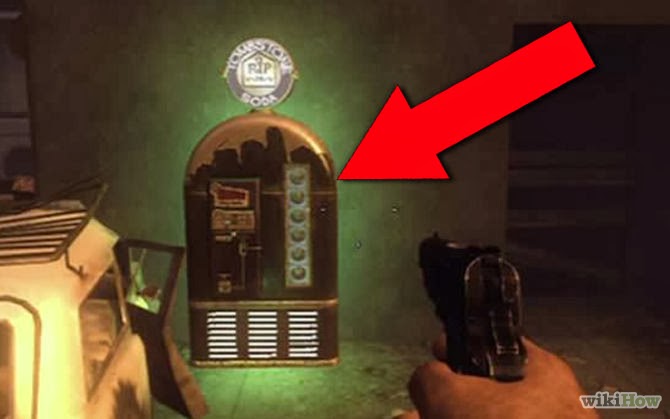 Use the machines. There are machines like tombstone and Pack a Punch everywhere, these give you perks and boosts which are vital in the later levels, however they do cost money and prevent you from shooting while drinking it so use them strategically. 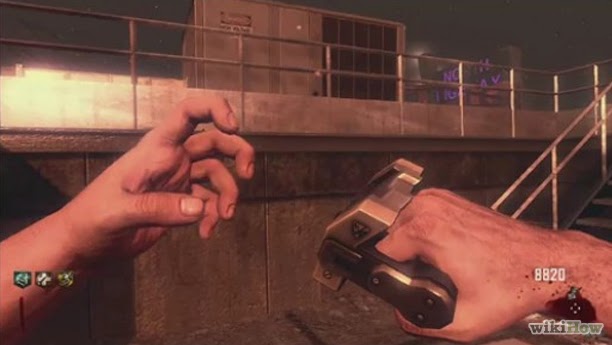 Get better weapons (like the galvaknuckles), by racking up points before opening doors. Never open doors unless you're prepared for the zombie horde coming in there in later waves. 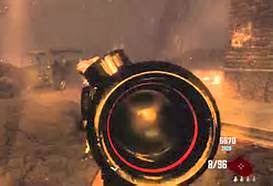 The DSR-50 holds 5 bullets and is the strongest gun on zombies so if you're good at quickscoping and get this out of the mystery box you should keep it. Here is a list of the upgrades you get when you pack-a-punch it multiple times


So here is the brief story of Call of Duty Black Ops 2 Zombies, “During the 1930s, prohibition-era America, mob boss Salvatore DeLuca built a large empire from gambling, prostitution, and the distribution of alcohol. Sal was eventually arrested by the police, along with fellow mobsters Billy Handsome, Michael "Finn" O'Leary and Albert "The Weasel" Arlington. They were all imprisoned on Alcatraz Island, where they were to serve hefty sentences.

Arlington, however, devised a plan to escape the island on a makeshift aircraft designed by himself. He somehow convinced Sal, Billy, and Finn to participate in the escape plan, but soon enough the joint effort between them descended into quarrels and fighting, and, after numerous complications, the three mobsters became bitter towards Arlington. The plan was quickly abandoned, and the plane was never constructed, much to the frustration of the mobsters.

Still angry at Arlington for the failure of the plan, Sal, Billy and Finn constructed makeshift weapons and lured Arlington onto the roof of the prison, where they attacked him and left him to bleed to death, on the night of December 31st, 1933.

For the murder of Arlington, the three were sentenced to death by electric chair. Their execution came on the morning of January 19th, 1934.

However, after their death sentence, the group were sent back in time to the night of December 31st, 1933, in an alternate iteration of Alcatraz Prison which is inhabited entirely by zombies and a guard by the name of Brutus. With no memory of Arlington's murder or the failure of the escape plan, they set out to build Arlington's plane and attempt to escape. Their escape is failed after they crash on the Golden Gate Bridge. Eventually, the four mobsters are killed by zombies, then reappear in the prison again start building the plane again, resulting in an endless loop and making escape impossible.

With no escape, the mobsters attempt something else. They learn that, in reality, they are all dead, and their escape plan never came to be. Remembering everything, the mobsters once again set out to kill Arlington.” (http://callofduty.wikia.com/wiki/Zombies_(mode)/Story)
Alright here is the download part:

The free download was released by Green Games and Ham (www.greengamesandham.com), also a famous game provider. Not sure what is going on but I was lucky enough to find this free downloadJ. I thought this was a great share and this is why this post was made.

Before downloading anything from the internet, I really advise you to check the site legitimacy and its background, the best way to check this is using the following website:

With the 3 mentioned sites, you should be able to check if the site has any scam background, virus spreading or anything similar.

I have done a quick scan, so you don’t have to do it yourself, there you go:

Call of Duty Black Ops 2 Zombies Download
For the installation, it is actually pretty straight forward, just click on the links above or HERE, Click the Play Game button and it will automatically start downloading, don’t play it in the web since it is not the game, it is the flash version of it. So basically, if you are from the US, you can download it without any problem. Anyway, enjoy your Call Of Duty Black Ops 2 Zombies. :D

If you are interested, here are its gameplay videos:

Once again, enjoy B-)